ABOUT THE MAASAI GROUP

ABOUT THE MAASAI GROUP

Successful application of good business principles and management techniques has been fundamental to the company’s growth, integrity, and financial stability.

TMG takes pride in providing highly trained professional staff members who are exceptionally qualified. Our staff consistently meets the challenge of evolving requirements of our clients. Our staff’s capability spans a broad spectrum of techniques and professional expertise of the company’s products and services.

TMG specializes in methods and services for our customers, and we do so by maintaining a considerable level of experience, training, continuing education and professionalism. Our professionalism derives from over 75 years of combined experience provided by the United States Marine Corps and several Fortune 500 Companies. 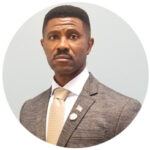 The MAASAI Group is led by Shaun Anderson, our President/CEO. Mr. Anderson is a former Program Manager with the Department of Defense and the Department of State and has over 26 years of experience managing security operations.

Mr. Anderson assisted the Department of Defense in re-writing the tactics and procedures for Close Quarter Combat. These tactics were utilized as the gold standard in numerous conflicts worldwide to include Iraq and Afghanistan.

As the Squadron Gunnery Sergeant for the United States Presidential Helicopter Squadron from 2004 to 2007, Mr. Anderson was entrusted with overseeing and supervising all squadron Marines who executed all security plans for Presidential missions. 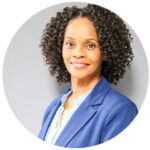 The MAASAI Group’s Executive Vice President, Jackie Anderson, a Small Business Entrepreneur in her own right, has led numerous departments within the company since its inception in 2003.

Mrs. Anderson is pivotal in MAASAI’s success, day-to-day operations, and growth. Mrs. Anderson has experience as Human Resources Director, Compliance Manager, and the firm’s primary Accountant. In these roles, she developed processes, procedures and identified best practices across multiple departments, emphasizing government compliance on a federal and state level.

Mrs. Anderson is a Real Estate Agent, licensed in Virginia, where she previously served as the State Licensing Liaison for Long and Foster Real Estate Companies. She was responsible for licensing processes, procedures, regulations, and adhering to State Commission laws covering three states encompassing 8,000 real estate agents and managing brokers.

Mrs. Anderson has over 20 years of experience in private business and entrepreneurship. She is a former Board Member of Camp Lejeune Dependent School Board of Education, and she maintains an active Virginia real estate license. She is currently pursuing her SHRM Certified Professional certification and is currently a member of the NAACP.

To be a trusted and proven source; providing world-class solutions in information technology, health services, security, and other comprehensive support services through integrity, passion, and commitment. 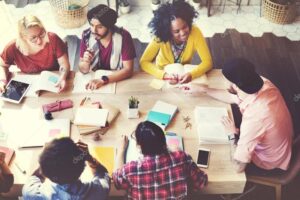 At MAASAI, we foster an environment where employees feel valued, supported and empowered to do their best work. We’re committed to ensuring an inclusive environment that respects our differences and leverages our employees’ unique talents and experiences to deliver value added results to our customers.

Our corporate vision is dedicated to the commitment and development of strong, long-term client satisfaction and business corporate expansion. Successful application of good business principles and management techniques has been and continues to be fundamental to the company’s growth, integrity, and financial stability.

Information Technology
In IT, we encourage our employees to push the limits of technology to develop software, integrate complex systems, deliver across multiple IT environments, and solve unique challenges for our customers. We are dedicated to solving complex business issues facing companies in today’s global economy through the uniting of people, processes and technology.

Medical Services
In Medical Services, we are a trusted partner working closely with U.S. government/DoD health organizations to improve patient care, and advance public health. Our technical capabilities and our direct involvement with the government health care system enables us to understand and meet staffing needs and other services in the Health and Medical Industry.

Physical Security
In Physical Security we ensure the safety and protection of our client’s assets and environment by providing key personnel with extensive experience with U.S. Military bases, U.S. Embassies and government facilities CONUS and OCONUS.

Our company is committed to your health, welfare and safety, we will continue to monitor and provide notices when appropriate. All Company operations remain open. For more Information on Coronavirus (COVID-19)-